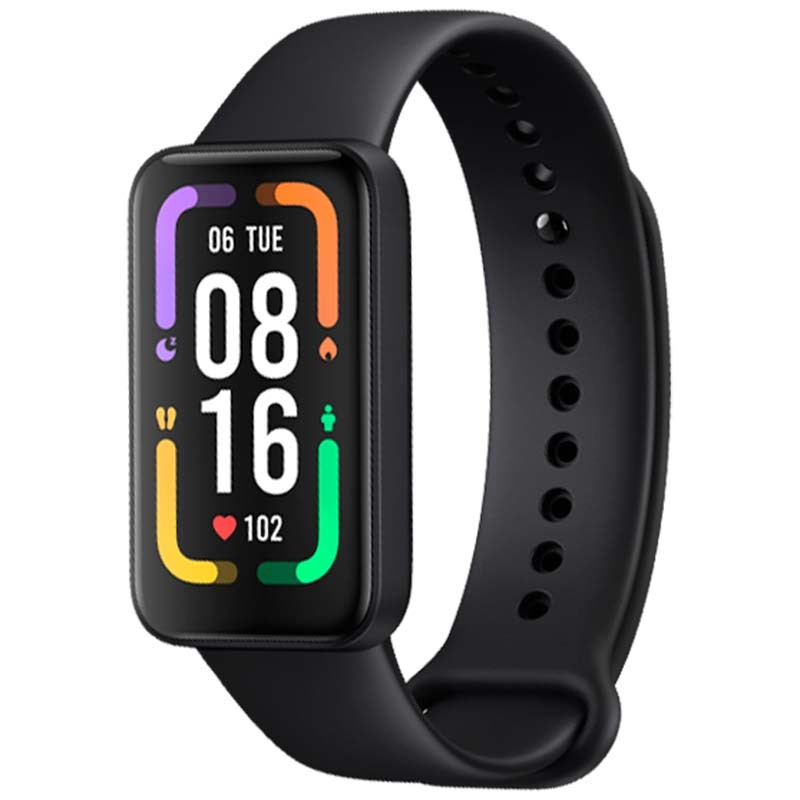 It has a 1.47-inch Always On AMOLED display with touch capabilities. The Apollo 3.5 processor and 200mAh battery were provided, and a 14-day battery life claim was made with them.

In power-saving mode, the battery can last up to 20 days. PPG heart rate sensors are supported by the Redmi Smart Band Pro’s LifeQ health tracking algorithm. It has Bluetooth v5.0 connectivity and a water-resistant rating of 5ATM. SpO2 sensor and 110 workout modes are also included in this device. In addition, it has a sleep monitoring feature. This band is able to recognize a wide range of workouts. Exercises for deep breathing and stress management are included.

The Redmi Smart Band Pro has a rectangular shape to its body. Polycarbonate is used to make the vehicle’s body. 1.47-inch AMOLED screen. There are no obvious flaws in the band’s design or construction. The strap’s design and quality are also noteworthy. Reading the text or any other content displayed on the screen is a breeze. The display’s colors and contrast are excellent. The display has an always-on setting that can be selected. In addition, the display has an ambient sensor that adjusts the brightness based on the situation.

There isn’t a single button on the band, so all navigation is done via touch. Polyurethane is used to make the strap. The strap can also be removed with ease. At the bottom, you’ll find a list of every sensor type. In addition, the charging pin is located at the bottom of the device. Long-term use is not an issue with the Redmi Smart Band Pro’s 25.5-gram weight and thin profile. The watch comes with four pre-installed watch faces, but you can change them using the app.

Ambiq Apollo 3.5 processors are found in this Redmi band. It has Bluetooth 5 LE for connectivity. Redmi’s lack of in-built GPS is a major disappointment. This band relies on the phone’s GPS in this situation. The band can receive notifications for everything from phone calls to text messages and apps. The band offers 110 distinct workouts.

The Redmi Smart Band Pro is unique in that it automatically detects exercises such as walking and running. Utilizes the band to monitor SpO2, sleep, stress, and menstruation. Both the band’s heart rate and the SpO2 sensor’s results are precise. In terms of design, Redmi Smart Band Pro’s app and UI are both very user-friendly.

It has a 200mAh battery, which can last for up to a week with all the features turned on. When all of the features are enabled, your heart rate, sleep, stress, and SpO2 will be tracked continuously. If you don’t use all the features on a regular basis, your battery life will improve. Battery life is a function of how much you use it. The battery can be recharged in about an hour with the help of a magnetic cable.