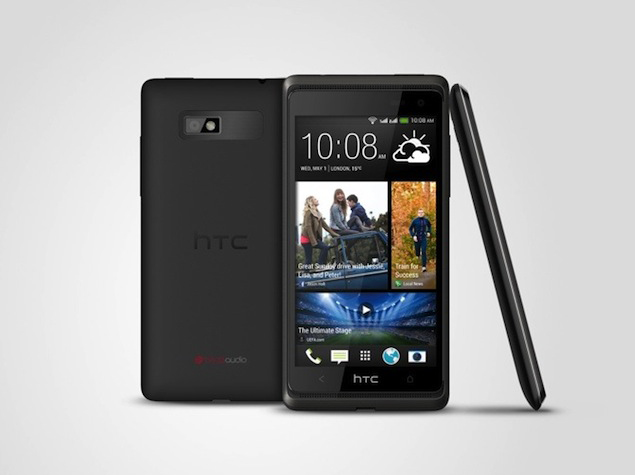 By Erin Dane on December 21, 2012
HTC has presented on Tuesday a new model of its one-row. The HTC One SV can be classified into the category of middle class smartphones, but has one of the first of this field via an LTE module for fast mobile radio communications.
HTC One SV: 4.3 inch screen, dual-core and optional LTE
One of the features of the HTC SV features a large 4.3 inch LCD2 screen with a resolution of 800 × 480 pixels, and a Qualcomm Snapdragon S4 dual-core processor with 1.2 GHz clock speed. Technically, the SV One memory 1GB of RAM, and 8GB of internal memory that can be means of microSD card slot easily expanded up to 32GB. At the back, HTC has its new model integrates a 5-megapixel camera with LED flash, which is to keep up in terms of its image quality with models of the One series (One X One W).
The camera has a BSI sensor, and a f/2.0-Blende on board and panorama mode, and allows video recording in HD resolution (1080p). For video calls and self-shots can be found on the front of a camera with 1.6 megapixels and wide angle lens. Bluetooth 4.0, NFC, FM radio and Beats Audio sound complete the offer. The operating system still Android 4.0.x Ice Cream Sandwich is used, which is about surprising, since back in June of this year, Android 4.1.x Jelly Bean and has recently been making the rounds even 2.4. An update to Android Jelly Bean is in prospect.
While the facilities are good middle class will lift the HTC One SV from the new wireless technology LTE. Smartphones with this fast wireless module are still quite rare and far between – especially in this price range around 400 euros. Another positive is the fact that the built-in wireless module in all the major networks with the frequency bands (800, 1800, 2600 MHz) works – both at Telekom, Vodafone and O2.
The HTC SV One is the beginning of January in Germany, Austria and Switzerland will be available in two variants. The cheap version without LTE comes along and is offered from 399 euros (RRP), the slightly more expensive version fails with 429 euros (RRP) to book.We can assume that the SV One is the first LTE phone that will go for less than 400 euros over the counter, as the road prices range according to experience getting a piece under the EIAs