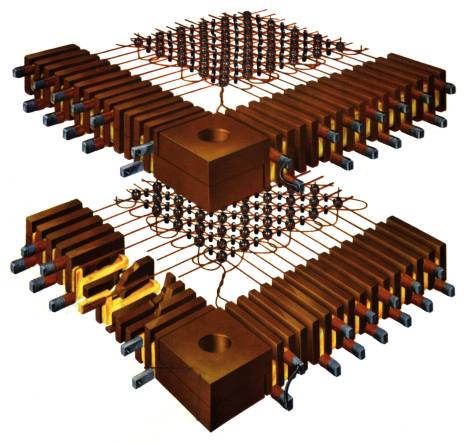 Magnetic materials for storing electronic data have been around for many decades now. In more recent years. From magnetic tapes to floppy disk drives and hard disk drives, the field of magnetic data storage has continued to flourish in terms of technological advancement, precision, and storage capacity. In more recent times, magnetoresistance memory technology has started finding vast applications.

Recently, a new discovery made by researchers at the University of Minnesota has demonstrated that a new variety of magnetoresistance, which involves topological insulators, can lead to vast improvements in the field of computer storage and computing. The detailed research study was published in the journal Nature Communications.

The discovery could lead to vast improvements in low-power memory and computers that are considered the future of the computing world. The discovery can also benefit the areas of 3D magnetic memory, semiconductor chips for robots and brain-like computing. Magnetoresistive random-access memory drives are chips, unlike the classic hard disk drives that have swinging heads and mechanically spinning disks, and can be found soldered on circuit boards like other varieties of chips are.

Researchers have recently found a group of materials – topological insulators, which can further make magnetoresistive random access memory cells more energy efficient in electronics. From the aspect of applications, these discoveries could take the computing world a step closer to the creation of cross-bar type and 3D memory devices by adding a more convenient read functionality with topological insulators.