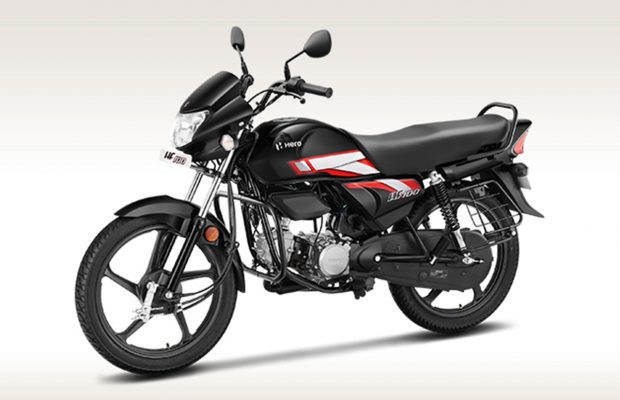 Many bikes in the two-wheeler market claim to have a long-range while also being reasonably priced. Hero, Bajaj, Honda, and TVS make the most of these mileage bikes.

If you’re looking to buy a long-distance bike, you can get all the information you need about popular models that may be a better fit for your needs.

To help you make an informed decision, we’ve put together this side-by-side comparison of the Bajaj Platina 100 and the Hero HF Deluxe.

There is only one model of the Bajaj Platina, and it has become the company’s best-selling mileage bike ever since it was introduced.

Powered by an air-cooled DTSI engine, this bike has a single cylinder 102 cc engine that produces 7.9 PS and 8.3 Nm of peak torque, which is coupled to a 4-speed transmission.

Front and rear wheel-mounted drum brakes have been fitted with alloy wheels and tubeless tyres to enhance the bike’s braking performance.

The company claims that this bike gets 80 kilometres per litre of fuel, and this claim has been verified by ARAI, a government agency that certifies such claims. The Bajaj Platina’s starting price is Rs 59,040. (ex-showroom, Delhi)

8 hp and 8.05 Nm of peak torque are produced by this engine, which is paired with an automatic transmission.

As far as brakes go, the front and rear wheels are equipped with drum brakes, while the tyres are tubeless and the wheels are made of aluminium.

It is claimed by the company that this motorcycle gets 83 kilometres per litre of gas, and ARAI has confirmed this mileage. Its starting price is Rs 54,480, rising to Rs 63,770 for the top-end Hero HF Deluxe.